Fort Hancock is a former United States Army fort located in Middletown Township in Monmouth County, along the Atlantic coast of eastern New Jersey in the United States. This coastal artillery base played an important part in the defense of New York Harbor and played a role in the History of New Jersey. It is located on the Sandy Hook beach. Between 1874 and 1919, Fort Handcock was operated in conjunction with the Army's Sandy Hook Proving Ground.
In 1893, Fort Hancock installed Battery Potter, the nation's first disappearing gun battery.[2] It also was important for the defense of the vital New York Harbor throughout World War II, trying to prevent the entrance of German submarines into the harbor. In the late 1950s Project Nike antiaircaft missiles were based there. Fort Hancock was decommissioned in 1972.
The historic fort and its small museum are now managed as part of the Sandy Hook Unit of Gateway National Recreation Area. Gateway NRA is part of the National Park System. 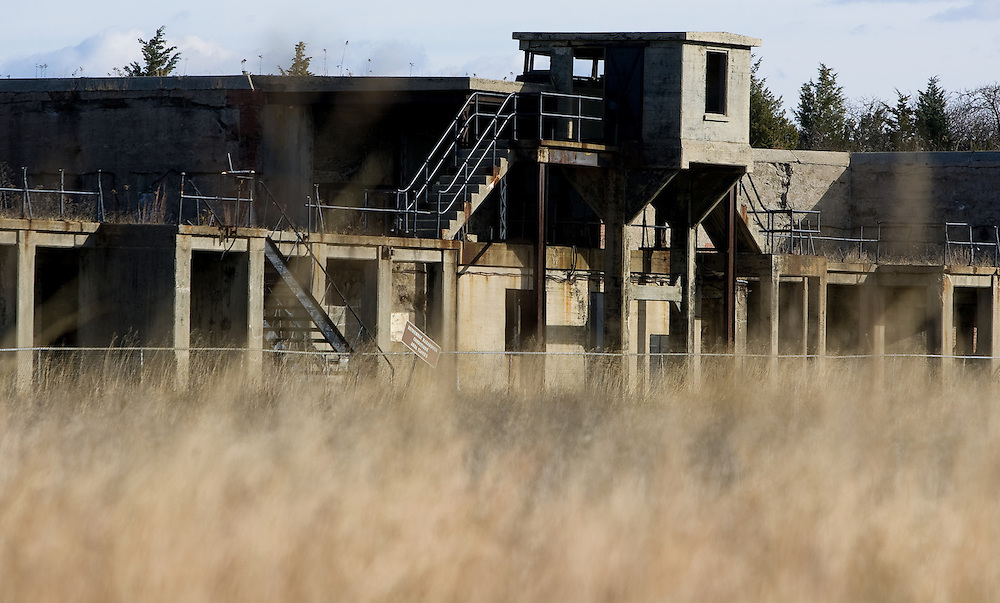