The Verrazano-Narrows Bridge is a double-decked suspension bridge that connects the boroughs of Staten Island and Brooklyn on Long Island in New York City at the Narrows, the reach connecting the relatively protected upper bay with the larger lower bay.
The bridge is named for Italian explorer Giovanni da Verrazzano, the first known European navigator to enter New York Harbor and the Hudson River, while crossing The Narrows. It has a center span of 4,260 feet (1,298 m) and was the largest suspension bridge in the world at the time of its completion in 1964, until it was surpassed by the Humber Bridge in the United Kingdom in 1981. It now has the eighth longest center span in the world, and is the largest suspension bridge in the United States. Its massive towers can be seen throughout a good part of the New York metropolitan area, including from spots in all five boroughs of New York City.
The bridge furnishes a critical link in the local and regional highway system. It is the starting point of the New York City Marathon. The bridge marks the gateway to New York Harbor; all cruise ships and most container ships arriving at the Port of New York and New Jersey must pass underneath the bridge and thus must be built to accommodate the clearance under the bridge. 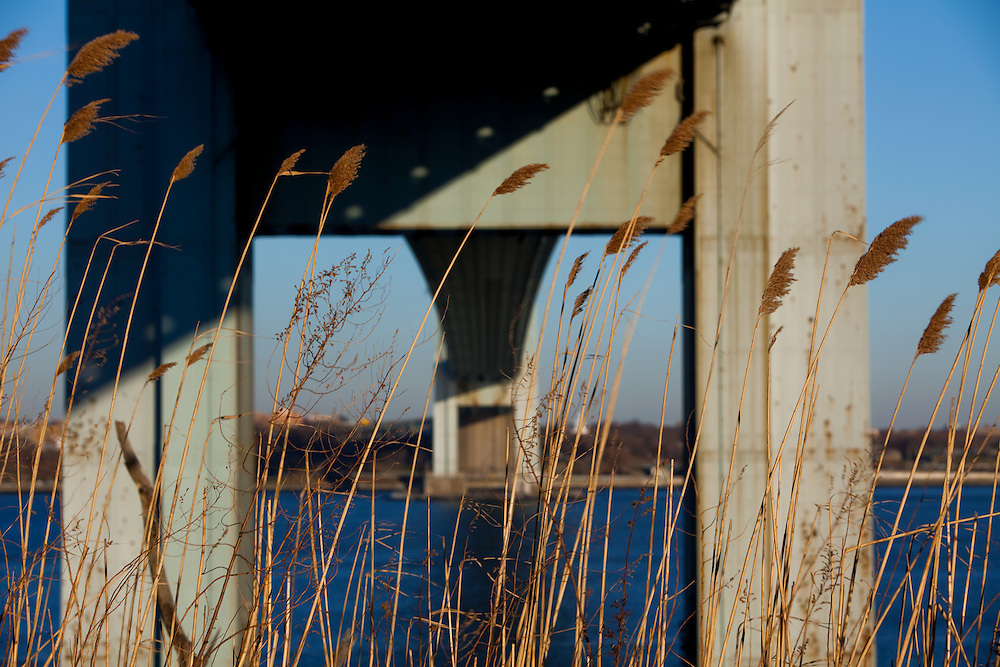